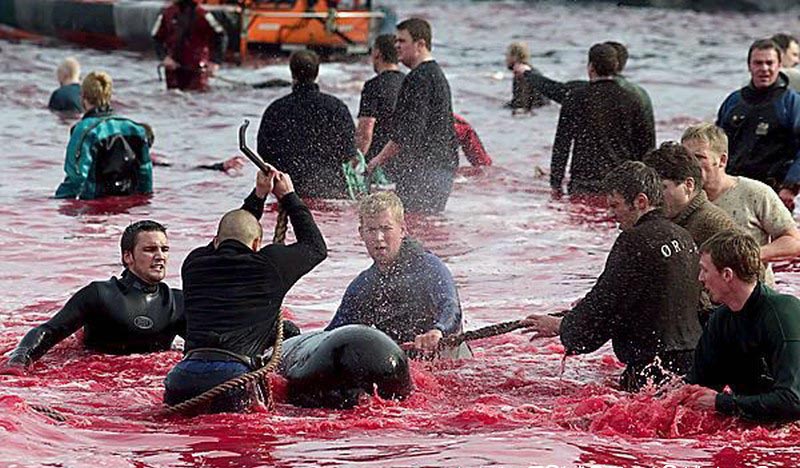 One whale had five to six brutal chops to her head. The islanders basically used her a chopping board, said Bob. Chapter IV, Article 10 of the Convention on the Conservation of European Wildlife and Natural Habitats (the Bern Convention) states, the Contracting Parties undertaketo coordinate their efforts for the protection of migratory species whose range extends into their territories:

Denmark is a co-signatory of the Convention and the Faeroe Islands are a Danish Territory. The Convention also specifies pilot whales as strictly protected. However, the killing of whales in these Islands are a tradition of unnecessary blood bath. Whales are mislead by boats to the coasts and once in shallow waters they are meet by the Islanders who slaughter the group of whales.

Since ancient times Whales have been hunted down for their meat and oil. This is an old Whale War. Before petrol came to rule the economy, Whale oil was the commodity in demand. This was the time of great Whaler ships. Traditions of whale hunting set into mankindīs psyche. Books such as Moby Dick are from that period. People fought for Whale oil as they fight today for petrol. Due to this historical and continuous hunting and massacre, whales are species in danger. Massacring whales today is not only ruthless, it is illegal and a crime. Sea Shepherd says, the killing still continues and they will continue fighting to stop it. 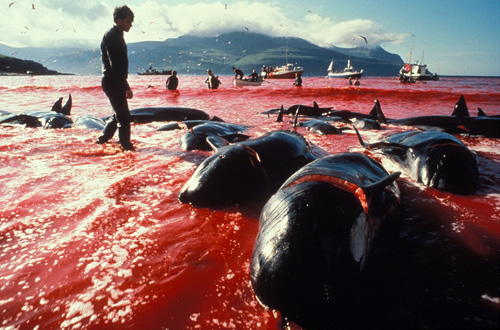