The Inevitable Way of Life 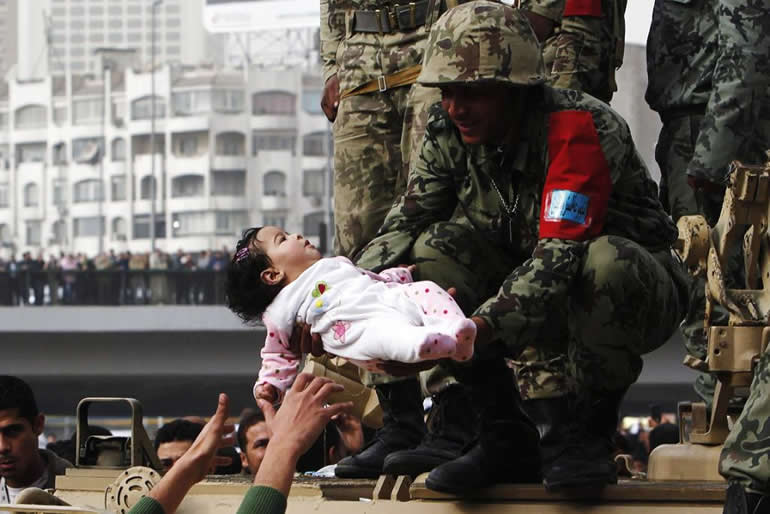 A protester reaches out as a soldier holds a child during a demonstration in Cairo. Image stuff.co.nz
In 2011, the total population of the world will be of 7 billion or 7000 million people. Of these 7 billion over 50 % are 30 years of age. How is this affecting the world order and society?

Every 100 years or so a generation jump takes places in society. It is a natural way of life, “the old people get older, and the young get stronger”.

For example the population of Egypt, Tunisia, Argelia, Lebannon, Sudan, Ethipia, Yemen, Turkey, Israel, Iran, and Marruecos have been doubled and sometimes even tripled, quadroupled or more since 1960. All these people are the new generations.

The Star Phoenix states, “As we consider how to make the world work for 10 billion, one of the key questions is, Where will the food come from?"

Population is a dynamic element it moves and grows. Unemployment, labout, generation shifting, food, water, human rights, the young take over the world it is inevitable, it is natural.

The National reported, Egypt's population will more than triple to 291 million by the end of this century if fertility rates remain at their current elevated levels, according to a UN report on demographic trends.

Take Part keeps focuses and stays sharps they say that Water shortages may be China’s number-one long-term problem; the World Bank warns of “catastrophic consequences for future generations.”China supports 20 percent of the world’s population with only 7 percent of its water

This fall, probably in late October, human population will exceed 7 billion people. Yet, on this score, the young adults of today’s world have an unprecedented hope.

History tells us over and over how power and society evolved due to generations jumps. This generation, finds itself in a completely new positition. They outnumber the old.

You wait and I will wait with you.