Too much Noise in London? Students Protest 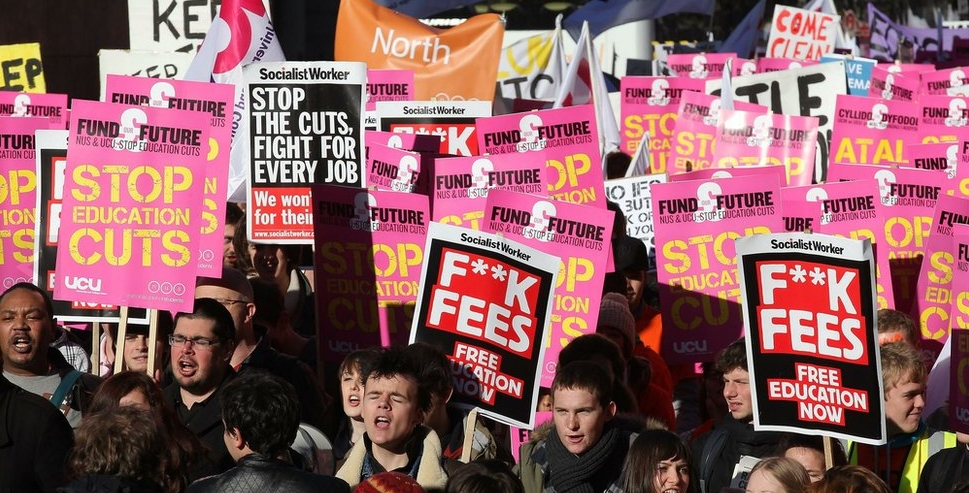 A rise in student tuition fees that reached up to Ł9,000 caused a massive student demonstration in London. After the majority of the students marched and dispersed a smaller group remained and violence kicked in.


"
John Denham said the students had a legitimate cause and needed to be listened to.
According to an article published at the BBC student protests in London "did not go to plan" but the blame lay on those who were violent, Nick Herbert has said.

Student demonstrations clashing with police forces that day where broadcasted with loud noise. The small group of students surrounded with posters that said “FXXK the Fees” where the intro to what was to come...

Aerial images showed this small group going at it. Windows, small fires, violence and clashing. Police surrounded them. I was covering violence and demonstrations in other parts of the world when I was surprised to see this kind of violence happening in the streets of London.

News reported that The National Union of Students said about 50,000 people joined the demonstration, but according to Scotland Yard only 225 officers were initially drafted in.

Voices of some spokesman on TV said “These are the new generations, the people who will lead the country in the future”. Another voice explained that the majority of students had dispersed and this was just a small group. Then another voice at CNN said, "today there is so much noise in London that is impossible for anything else to be heard".