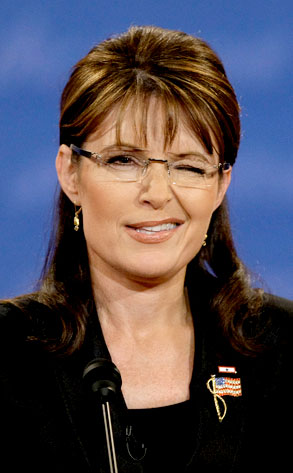 Is building an underground tunnel to connect US with Russia a DUMB idea? As Sarah Palin said on her new reality TV show, “On a clear day, you can even see Russia from here... almost” So, really who needs a tunnel if Sarah Palin can almost see them from there.


"
“On a clear day, you can even see Russia from here... almost”
And, while we are on TV entertainment and discussing Alaska, the guy from Cheers, Ted Danson, is also in the Alaska neighbourhood. But he is not alone. He is with Drew Barrymore filming a new movie called "Everybody Loves Whales".

According to the latests transoceanic communication of the Ecorazzi, Ted Danson told hearing officials, “If you had done the science to begin with, maybe you would have said, ‘You know what? Don’t drill here, drill there.’” He further emphasized, “It has less impact on the environment, and you can still get your oil.”

For a state corporation who set aside $60 million of bond volume cap to finance a jack-up right in Cook Inlet to drill exploration wells, the words on TV are that not impressive. For them almost seeing Russia from a distance and cheap beers of Cheers are something that can forgotten. As the company says on TV, “if you don´t play you don´t leave”.

Hydro BC has just unleashed 200 million USD in upgrade tunnels for Vancouver. They said in September that the Arctic sea ice levels have reached their third-lowest level on record, opening a highway for northern mariners but causing concern for the mammals that live there.

Ted Danson and Brew Barrymore are also concerned for sea mammals, they have a thing for Whales and Sharks. Sarah Palin, has proven once again, that her concern are more focused on Hunting. We all saw her with that rifle, or was it a shotgun.

According to the Alaska Journal of Commerce, The Alaska Energy Authority will release its preferred option (Nov. 15) for a major new hydroelectric project in the South-central/Interior rail-belt region of the state. Their project would also require a tunnel. But this is all boring stuff, BORING stuff indeed.

We all know that before the great oil spill of the Gulf of Mexico the waters of Alaska where opened for new oil and natural gas platforms.

The Chron, reported that the Drilling decisions may get closer look. Republican says White House should undergo added scrutiny. It is the House Natural Resources Committee which has jurisdiction over those public land management issues. They are part of a broad portfolio that also includes (…) the trans-Alaska oil pipeline and mining.

Maybe someone should take the tunnel idea to them. But then again building a tunnel from Russia to Alaska is just a DUMB idea. Who would use it anyway?