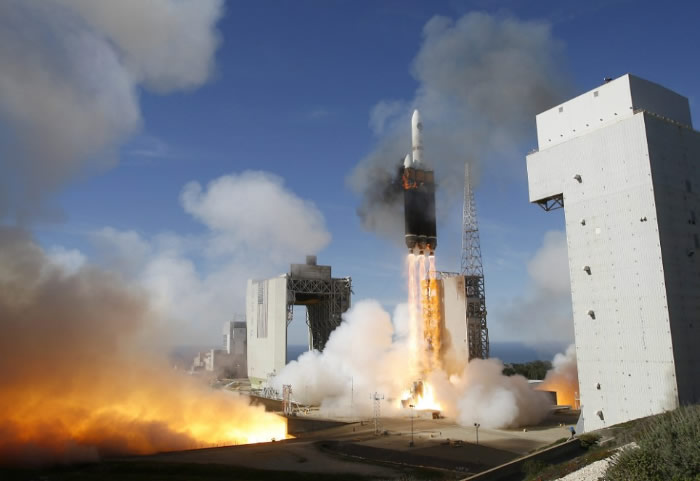 It was ten minutes over 1 pm when the massive rocket AKA Delta IV Heavy launched from the West Coast of United States of America.

BBC reported on the on the event from Vandenberg Air Force Base. “It is the largest reconnaissance satellites to be put into polar orbits. The vehicle is reserved for military and intelligence use, although there has long been discussion about modifying it for a role in human spaceflight.”

With 72 meters height, the equivalent to 23 floors, the rocket was built by United Launch Alliance. The company is a mix of Lockheed Martin Corp. and Boeing Co. This was the fith rocket airborne since its initial flight in 2004.

Col. Richard Boltz. said to LompocRecord, “This will be the largest rocket ever launched from Vandenberg, but not the most powerful,” Boltz said, adding that it can carry a payload about the size of the Greyhound bus.

Lompoc Record also reported on the key business for Vangenberg’s Rockets. The National Reconnaissance Office will be a key customer for Vandenberg’s rockets in 2011.

NASA missions will also provide some launch business with the Taurus rocket and its Glory satellite scheduled for liftoff Feb. 23; a Delta 2 with Argentina’s SAC-D satellite carrying NASA’s Aquarius instrument on June 9; and a Delta 2 with a weather satellite for the space agency and National Oceanic and Atmospheric Administration on Oct. 25 (NOAA)