Is Food a Human Right? 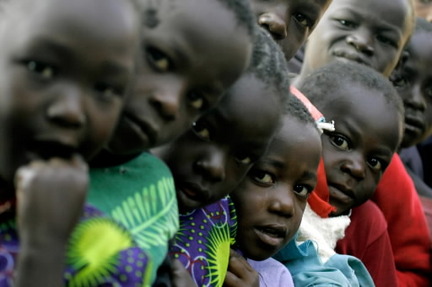 2011 started off just well. Every year 15 million children die of hunger. With a world wide rise of prices in food the international community began the count down to next year. There are news can be shocking, and news that seem to be important. Then there are news that really affect the people. Rise of food is one of those news.

The BBC reported and clicked away on a keyboard, "North African neighbors Algeria and Tunisia have both seen widespread rioting and fatal clashes with police in recent days." And was violence a reaction anyone expected?

Meanwhile the new world population, which has increased almost to 7 billion, takes it daily time to find or buy food. Every year 15 million children die of hunger. Is food politics? Is food an essential Human right? Much like water?

Floods showed that natural disasters can affect non developed as well as developed countries. Australia floods give testimony to that. And so another keyboard in the BBC typed, (or maybe it was the same keyboard, “Food prices in Australia could rise by as much as 30% in the coming months as a result of the Queensland floods, it has been warned.“

But if we go the opposite side, we have droughts, and both floods and droughts affect the price of food. Every year 15 million children die of hunger.

Prof. De Schutter said, "The right to food is not the right to be fed. It is the right to access the means to produce food or to obtain an income that enables the purchase of adequate food. Political will is needed to tackle the structural flaws in the global food system. "