What are the Voices of North Africa Saying? 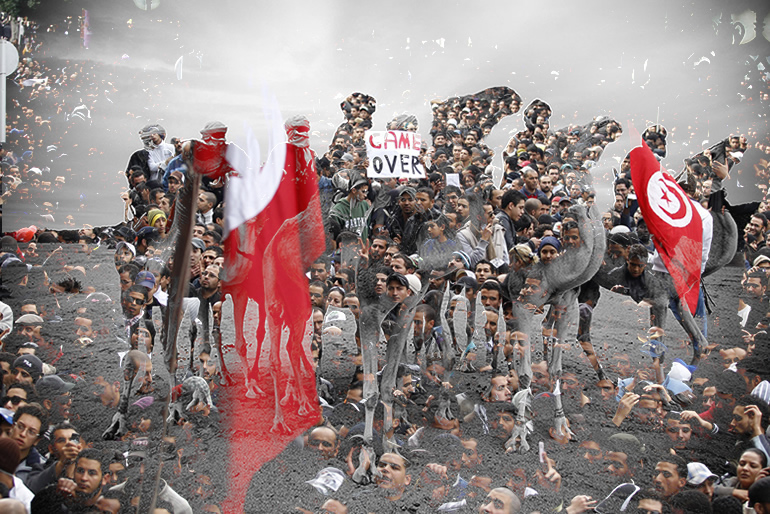 Egypt recently saw an election which was questioned by opposition, dialogue and questions on democracy rose and sporadic protests continued. Now, Reuters reported that the young members of Egypt's Muslim Brotherhood said on Sunday they would join an anti-government protest this week triggered by the turmoil in Tunisia.


"
While the north African border countries are under political changes, further South business continue rising. China, is just one of the countries, which has showed an increasing interest in Africa
Algeria streets took to protest and demonstrations, due to rises in food prices and general discontent. Tunisian nation wide demonstrations, change of Presidency, repression, new demands and separation of the opposition, today broke the news again, with tear gas. BBC reported, that protesters who “defied an overnight curfew” were met by Tunisian police forces that fired tear gas at protesters. They were said to be demanding the removal of all allies of former President Zine al-Abidine Ben Ali.

News coming out from Africa is always complex. They range from new growing business to developing industries, new oii reserves, protests, crisis, piracy, business, massive events, and historical discoveries. North Africa is no stranger to violence and terrorism. Terrorist cells have been "targeting Africa for some time".

The findings of Timbuktu manuscripts prove that the Arab presence in North Africa has been strong since ancient times. Africa was the first continent into which Islam expanded. Islam is a predominant religion in African countries.

While the north African border countries are under political changes, further South business and tourism continue rising. China, is just one of the countries, which has showed an increasing interest in Africa. China’s developing economy in need of resources views Africa as a potential partner.

Reuters reported, “Chinese, Indian and other Asian traders have picked up 57 full or part cargoes of crude oil West Africa loading in January, up from 61 cargoes in December, 55 in November and 50 in October,”

Africa news reported on a study of the United Nations Economic Commission for Africa (UNECA) which reached the conclusion that “Africa's rapid growth in industrial technological acquisition” brings hope that the “continent”. Africa is part of the fast developing regions. Africa´s resource are now establishing industrial foundations.

Africa continues to engage with the world. Economically African countries are united by agreements, from South to East, West and its Northern Borders. Africa as a continent is not only filled with rich natural resources it´s incredible culture spreads through the region.